What I Didn’t Know About Sex Trafficking 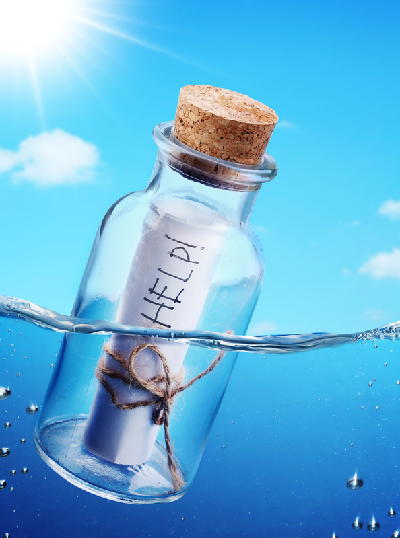 I was afraid. I was so afraid that my hands were shaking. The quaver in my voice was evident to me if not to anyone else. I had read about sex trafficking. I knew how real it was across the globe and even in the United States. I had educated myself. I had read the US State Department reports about profits from human trafficking reaching at least 32 billion dollars per year. I had read that the average age of entry into prostitution in North America is 12-14. I knew that the people who exploit children and women in the commercial sex trade and who traffic them are predators. I had read the books to prepare myself for that first phone call, placed from Life 107 Ministries’ Anchor Call Center, to a young woman caught in unwanted prostitution and trafficking.

What I didn’t know was that a picture would emerge of the lives that are led just under the surface of mainstream America. I would learn of a culture that teems with greed, danger, lust, fear, manipulation, isolation, and exploitation. And then, I was amazed to discover that this culture wasn’t as deeply submerged as I had first thought.

In the beginning, I always felt that I was drowning when I would finish my calls for the day. The distinct sensation of gulping air would overpower me as I would walk into my own home in a fog, trying to recover enough breath from conversations with girls who were afriad, who had had guns held to their heads the night before, who had no freedom to make their own decisions, and who were just as amazed as I was that a different world existed on the other side. The telephone was where heaven and hell touched, and where heaven broke through very simply because Jesus is stronger.

I began to see that I needn’t reply on my own breath but on the Word and the Spirit of God for both insight and breath. The truth of God’s Word is the buoy I can offer to these women, some of whom are drowning – or at least who are floundering – and know it. And still, some girls are so used to the water that they cannot yet see that dry land even exists. More and more, as God’s Word is offered from the Anchor Call Center, I see frightened and lost women daring to expose their hearts and minds to the fresh air above the surface, and daring to trust that there is another possible path for their lives.

Through the ministry efforts of Life 107 Ministries, volunteers have been blessed to see women and men come to faith in the Lord Jesus Christ. We have been blessed to disciple young women who want to read the Bible for the first time, and who want someone to explain it to them. We talk to and have relationships with women who are no longer willing to be caught in the net of deceit and exploitation that is the world of sex trafficking and prostitution.

But they need help. They need tangible help as well as the spiritual help and sustenance of God’s Word that we can already offer. Many of these women were preyed upon in the first place because their world was broken. They have been “kept” in a destructive lifestyle – first, through a slick promise of salvation from destitution, then through a cycle of encouraged drug or alcohol addiction, and also through a lack of resources. Having little education, no “respectable” job history, and no place to go keeps them desperate – even when they want out.

My experience has taught me that education about the nature of sex trafficking is the place to start. But it is not enough. Would you consider helping Life 107 Ministries to continue to reach below the surface, and to actually touch lives – offering redemption, restoration, healing and hope to lost women? They need your prayers. They need people like you to offer safe passage to a restored life. Most of all, they need to hear the gospel of Jesus Christ, and to realize the love of the only real Savior who “came to set the captives free.”